Google Pixel has become a very popular smartphone, although it could not gain the same popularity as Samsung, Xiaomi and Huawei. Now the team of its creators has lost two very important people who did what they were responsible for in this smartphone, almost the best in the industry. When such people leave, and even not one at a time, this suggests that something is wrong inside. But at the same time it promises big problems that will be difficult to solve. 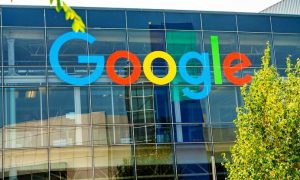 Is it worth worrying for those who wanted to buy this smartphone? Or can you relax, not worry and everything will be fine? In anticipation of the release of the new Google Pixel 4a, such information becomes the most interesting. Let’s figure out what to expect.

Even before the Google Pixel, there were Nexus smartphones produced by other brands, but also received the first updates (Android updates and security updates). Now we are talking about Google Pixel, so you should pay attention to it. Moreover, this is the first smartphone that was officially branded by Google.

Unfortunately, despite the great public interest, Google Pixel smartphones are not as widespread as Samsung, Apple, and even Honor. All due to the fact that the company was never in a hurry to bring it to new markets, and the price only scared it off. Smartphones with the letter “G” on the back have never been cheap. Except, perhaps, last year’s Google Pixel 3a, which I consider the best device in its price category. Not so long ago, Google even decided to start selling it on its website, which made it even more attractive.

But Google Pixel smartphones have always been appreciated for their camera. Even with one module, they made gorgeous portraits and just great photos. In many respects, it is worth thanks to the processing algorithms, but also Mark Levoy, who had great experience and was involved in the creation of cameras in the company. The problem is that he just left the company. And also Mario Keyros.

It is not yet clear why such important people for the Google Pixel project just took and left the team of creators.

Mark Left, as I said, was involved in the development of cameras for smartphones and was able to make it the best in its class. Even in the Pixel 3a, the camera was simply gorgeous for its value. Mario Keyros was even number two in the team of the creators of the smartphone. It’s just that such people don’t leave – that means something happened.

Perhaps the fact is that there is no significant sales growth that a company with such a name could be proud of. Yes, and Google Pixel 4, many criticized. Especially during battery life. But is this a reason to remove key employees from the state? It is possible that yes.

It is possible that it was the management of Google that decided to shake up the unit and somehow turn the tide, especially against the background of a significant drop in the smartphone market as a whole.

At least at the end of last year, the head of the hardware division, Rick Osterloch, expressed his dissatisfaction with the state of affairs with the company’s smartphones.

Is Google Pixel Important for Google?

The launch of smartphones on the market was to show the world that Google can not only make Android, which is periodically criticized by the public, but can also create the perfect outfit for it in the form of a good smartphone.

It turns out with varying success, but it is this hardware that can show what Google is compared to Apple, because it is not in vain that many compare them because they both produce software and smartphones. True, Apple also has its own processors, which are created in conjunction with iOS. On the other hand, Snapdragon is also created only for Android.

Now that the world situation is not very good, it is more important than ever for a company to release a good smartphone for little money. Perhaps that is why there have been many rumors that the company will switch to more affordable versions of Snapdragon, at the same time lowering the price, but almost without losing performance. They also said that she could start using Samsung processors. The main thing is that they establish a normal release of their Exynos.

Given that the release of the new Google Pixel 4a smartphone is delayed, we can assume that something really went wrong in the company, and the departure of important employees is connected with this. However, you should not reject the option in which the smartphone was really just held in connection with the delays of Android 11. Although this is very unlikely. It was originally supposed to be shown on Google I / O, but it was canceled due to coronavirus.

Let’s see what the Google Pixel 4a will be like and whether it will be released even later. Based on this, it will be possible to draw more informed conclusions. Two things can be said almost exactly. Firstly, Google Pixel 4a will be. Secondly, the company would not hold it just like that, when the Samsung Galaxy S20, OnePlus 8 and the fresh iPhone SE are sold all over the world, which will be the main competitor for this year’s affordable pixel.